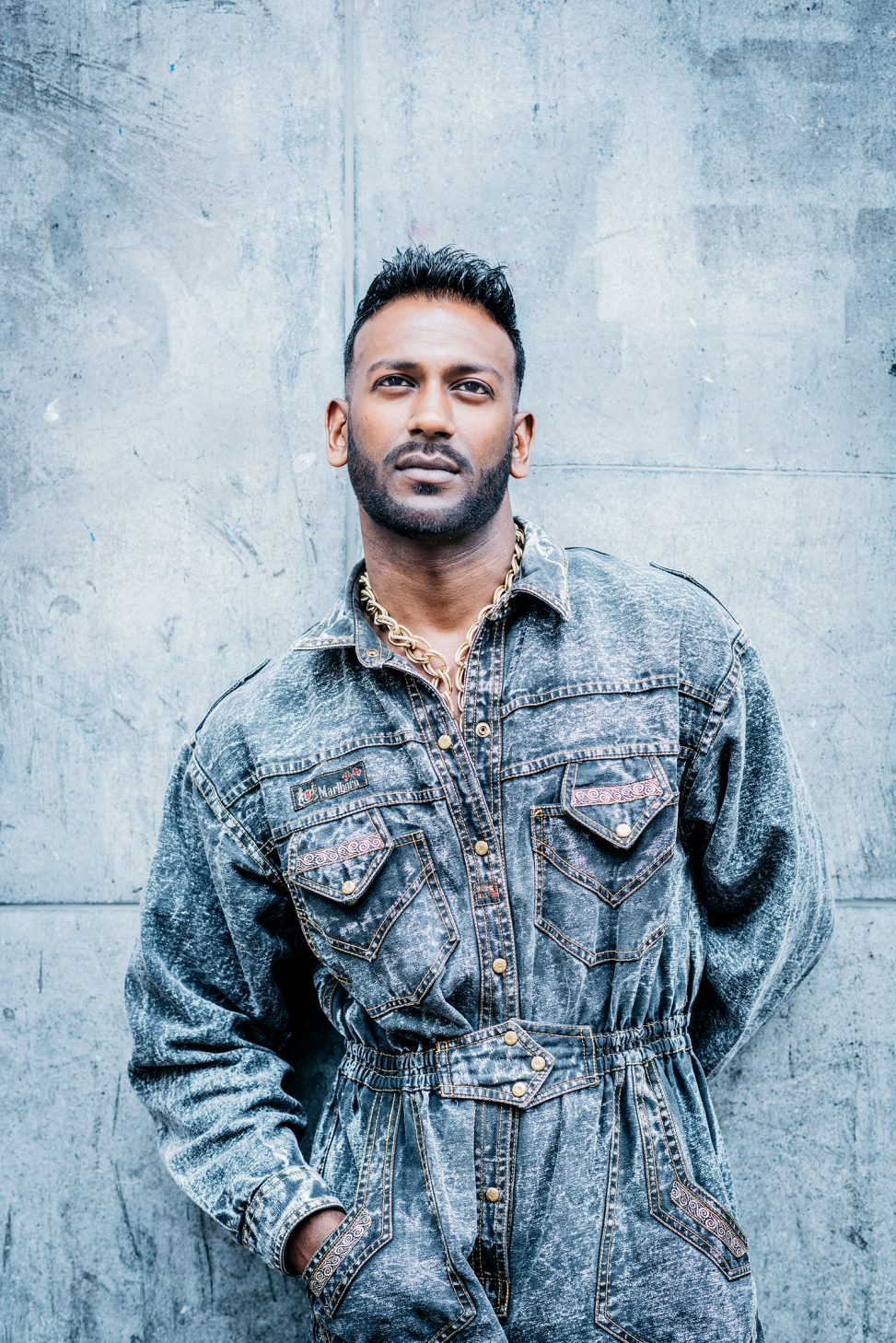 Fazle Shairmahomed creates decolonizing rituals, performance art, and dance. Their work is rooted in ancestral work and intersectional activism. Through the urgency of community building their work creates spaces in which different communities are invited to nurture conversations around colonialism and the ways in which it has impacted our histories and the ways in which it exists today. The multi-sensorial approach in their work also challenges the ways in which we perceive the world around us through themes such as death, rebirth, ancestry, belonging, colonial histories, and healing. Since 2013 he is also one of the members of CLOUD danslab, an artist run dance studio which supports research and practice of dance, movement, and performance art in the Hague.

The physcial work and research of Fazle is deeply rooted in ways of approaching the state of trance, through archaic movements and ritual practices mostly inspired and informed by Muslim/Sufi traditions of Gnawa, Zar, the whirling Dervish; Japanese Butoh, Surinamese Winti culture, Hindu rituals, Caribbean Bubbling, Muslim funeral practices, Vogueing, and the Club.

Fazle was born and raised in a multicultural society in de Transvaal/Schilderswijk in Den Haag, in the Netherlands, they feel very hybrid, and identifies currently, but not exclusively, as Dutch, Surinamese-Hindustani, Indo-Caribbean, Muslim, Queer, non-binary, and as a person of color.

He studied (MA) Cultural and Social Anthropology (2012) and (BA) Arabic/Middle Eastern Studies (2010) at the University of Amsterdam, University of Leiden, and Nederlands-Vlaams Instituut in Cairo, Egypt (NVIC). He combined both studies and designed an individual program at different universities, which allowed him to specialize in questions of belonging, identity, and home. Eventually he specialized in Bosnia-Herzegovina in a period of research of 4 years, with a thesis about counter-discursive practices in the context of everyday social and cultural life among activist youngsters, titled ‘A tradition re-approached: social relations and belonging’ on urbane people in Bijeljina, Republika Sprska, Bosnia-Herzegovina . During his BA he specialized more in the Palestinian-Israeli question, and Islam in contemporary societies.